CeraVe PM was once hailed as a holy grail by many skincare enthusiasts’. However, a recent adjustment to the formula is causing uproar from loyal users.

We’ll talk about the changes to the product, and how the CeraVe PM new formula is affecting users.

CeraVe PM’ Has a New Formula – Here’s What Changed

However some stores have stock piles of the old formula – that is why people are suddenly noticing a difference.

Here are the main changes:

The main difference in the CeraVe PM new formula is the removal of parabens. Phenoxyethanol was added in place of these parabens. Both of these ingredients are preservatives.

Dr. Tejas Patel M.D, dermatologist at Reforma Dermatology in Brooklyn, New York, notes that phenoxyethanol has been proven to be a safe and effective preservative.

He also points out that, per the FDA, there isn’t any current evidence that shows parabens in cosmetics have an effect on human health. “Scientists continue to study parabens to determine if a health hazard does exist,” he says.

“Sodium hyaluronate has a lower molecular weight than hyaluronic acid, so it can be absorbed into pores more easily to attract and bind water,” says Dr. Patel. “This leads to plumping of the skin, reducing the visibility of wrinkles.”

3. Why these seemingly subtle changes are so important

When comparing skincare products, it’s actually about the entire makeup of a product that determines how your skin will react, rather than individual ingredients.

According to Michelle Wong, comedogenicity is often based on the overall formula and not just the ingredients, so it might not be possible to explain why it breaks people out.

Therefore these changes to the product’s makeup can explain why the new formula is causing bad reactions for many.

CeraVe PM New Formula: Side by Side Comparison

Side by Side of Formula Texture

The Internet Isn’t Too Happy About It

Unfortunately, the update to the formula hasn’t been a welcome change for many CeraVe customers.

Why is this such a big deal? Because the product was once an extremely affordable option for those with normal to combination skin (a skin type that is tricky to find the right products for).

Here are some of the most common complaints, as found on the CeraVe product listing reviews:

What Reddit Has to Say About the CeraVe PM New Formula

Many redditors on the popular subreddit /r/SkincareAddiction had similar complaints about the CeraVe PM new formula to those mentioned above.

Commenters complained that the CeraVe PM new formula doesn’t moisturize as well, sits on the skin, and triggers breakouts.

Additionally, many users also noted the new CeraVe PM is causing burning and flushing of their skin.

It is hard to pinpoint exactly why this may be. There is a theory that the new CeraVe PM formula may have a higher concentration of niacinamide, but there is no confirmation

The burning and flushing could also be due to the new preservative phenoxyethanol, which could cause issues for some users.

What CeraVe Has to Say

The company has responded to many unhappy reviewers. In these responses, CeraVe has stated that the company is dedicated to listening to customer feedback. The company also says they use this feedback to improve their current and future products.

Hopefully, this means that we’ll see an improved formula in the near future that doesn’t cause the issues mentioned above.

However, for now, it seems as though the CeraVe PM new formula is here to stay.

“New formula is a flop”

“Why did they change the formula?!”

This Isn’t The First Time the Formula Changed

It should be noted that this is actually the third reformulation of CeraVe PM. In 2018, CeraVe had made some minor adjustments to the formula.

In the second reformulation, the ingredients were mostly the same, but with slightly adjusted concentrations. CeraVe did, however, add sodium hydroxide, which helps maintain the pH of the products.

Some people did notice a difference between the first and second iteration. However, this most recent CeraVe PM new formula seems to have more negatively affected longtime users of the moisturizer.

Will CeraVe PM Bring The Old Formula Back?

Unfortunately for those who preferred the first or second version of CeraVe PM, it is not likely that one of the original versions will ever come back. In recent years, many cosmetic companies have been removing parabens from their products.

While this formula may change again in the future, there is a very low chance that the parabens will be added back into the formula. This means we won’t see a version that is exactly the same.

CeraVe PM has long been a holy grail product for many people. Unfortunately, there are many CeraVe PM devotees who now need to replace a product that they’ve been using for years. Thankfully, there are plenty of other products to try. Many of these will have similar results to the original CeraVe PM formula. 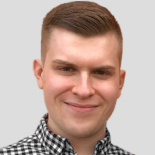 Jake is a skincare enthusiast who loves to share practical advice on skincare. Plagued by acne in his early teens, he is committed to researching affordable products that actually work.